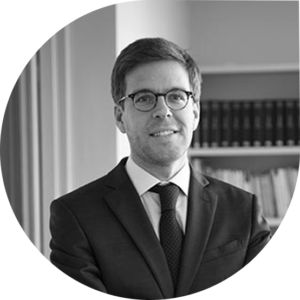 Lawyer. Member of the Barcelona Bar Association since 2007. He advises companies and individuals both in their daily activities and in their commercial expansion process. He is currently managing partner of Barcelona’s office at the international firm Summa Consultores.

During the years 2012 and 2013 Alejandro resided in Bogotá (Colombia) from where he advised Spanish companies in their establishment in that country. He has published articles in specialized journals on civil procedural law, international law and international trade. He has also given seminars on the same branches of law in various institutions, both public and private.

Alejandro holds a degree in Law from the Faculty of Law of the University of Barcelona. Graduate in Civil Litigation from IDEC – Universitat Pompeu Fabra de Barcelona. International Law Programme at the Aristotle University of Thessaloniki (Thessaloniki – Greece). Specialization in Community and International Business Law by the Barcelona Bar Association. Diploma by the Chamber of Commerce of Bogota (Colombia) in International Business, Foreign Trade and Free Trade Agreements with special emphasis on the Latin American region.