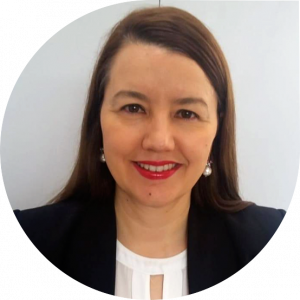 Based in the Bogota’s office, Hélène holds the Brussels and the Colombian Bar. She holds a postgraduate degree in European Law (Institute of European Studies, Free University of Brussels, Belgium) and a Master’s degree in Tax Law (Faculty of Law, University of Los Andes, Bogotá, Colombia).

She has worked for major Colombian law firms, at the economic service of the French Embassy in Colombia and for the European Commission as the representative in Colombia of the Elanbiz project aimed at informing European SMEs about the conditions of access to the Colombian market.

Helene has accompanied many European and French companies in particular for the realization of their export or investment projects in Colombia.

She is also a sworn translator in Colombia for French and Spanish and has been a professor of European Law in the Universities of Los Andes and Externado de Colombia.

She speaks French, Spanish and English.